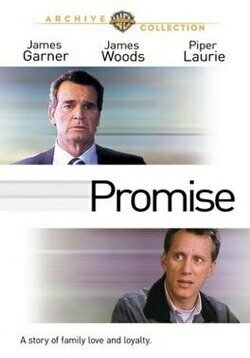 In 1986 Dallas went to Hollywood; or rather Hollywood came to Dallas. That's right, the movie "Promise", starring James Garner and James Woods, was filmed right here on Main St.

Long absent from his family, Bob Beuhler (James Garner) returns home after his mother's death to find she has left him her estate and placed his brother, D.J. (James Woods), in his care. Harking back to a promise made many years earlier, Bob cannot bring himself to put D.J., who suffers from epilepsy and schizophrenia, in a home. Slowly, he and his brother bond, and in the process Bob rehabilitates his own scars, including the mark left on him by his childhood sweetheart (Piper Laurie).

Save this product for later
Display prices in: USD